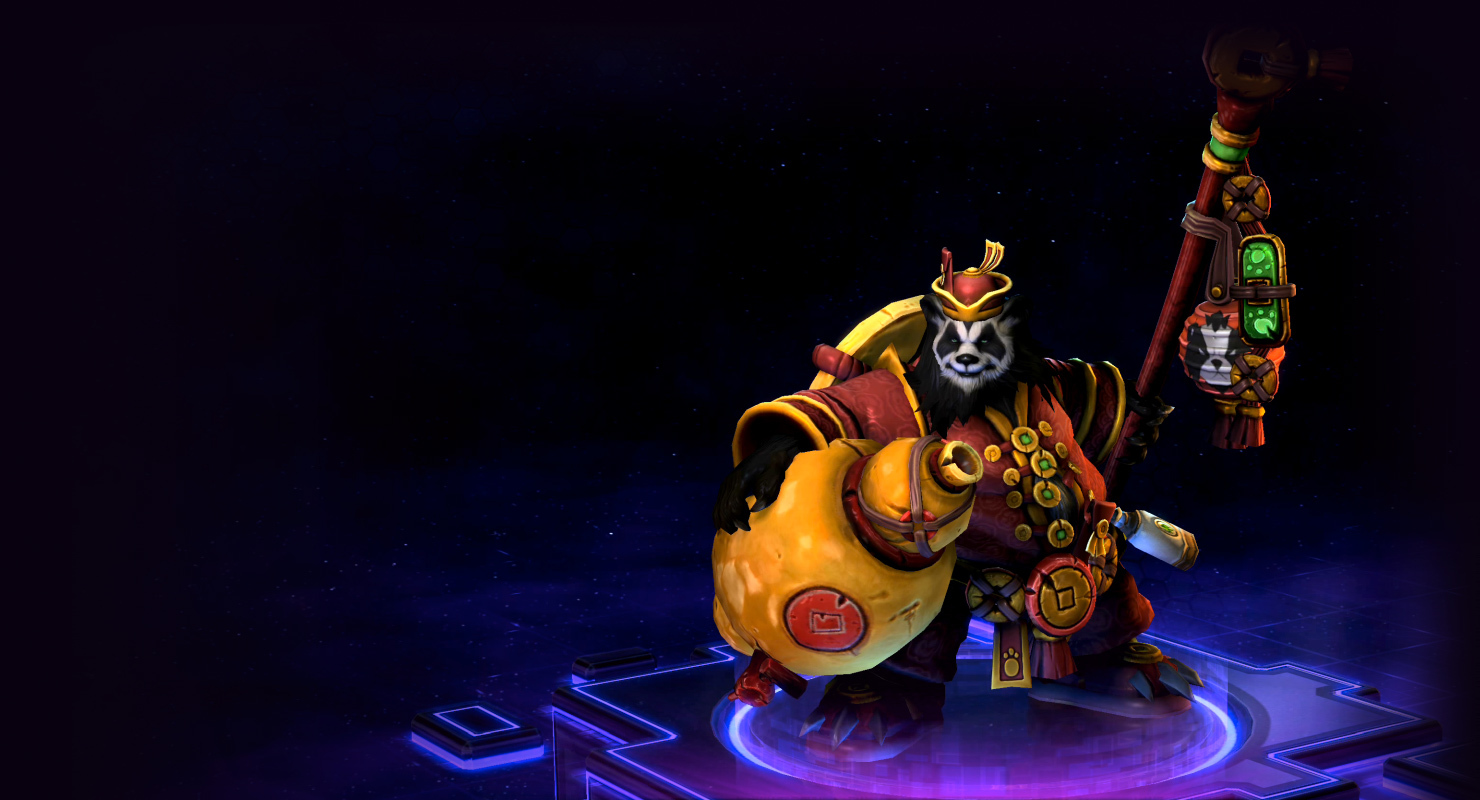 This build is strong on

This build is strong against

This build is weak against

A basic preliminary build I came up with based on several hours of messing around in trymode and making quite a few comparison gifs testing out various combinations of talents. I call it the "Butchen" build as it essentially turns you into a much fatter and drunker Butcher, I am by no means a Chen expert however this is my take on what I believe will be the most effective build with the new rework.
I'll go over each of the talents and why I think they're the best pick for their tier, starting with:

Eye of the Tiger
This provides Chen with a good chunk of the damage that he'll be dishing out. With the 50% increase in AA against soaked heroes and the 50% healing from those AAs it gives Chen a decent amount of sustain when diving in and helps him trade effectively while in lane. It will also pair very nicely with the other AA talents that we will be picking later on in this build.

Accumulating Flame
The extra duration and damage can help add that bit of extra oomf you may need when trying to pick off your target. Even though there is nothing special about this talent in particular it is usually the best of what is given at level 4. The exception to this is if you are running against a spell heavy comp, in which case

Withering Flames  may end up being more valuable than the extra damage you would get instead.

Brewmaster's Balance
BB is old reliable for Chen, however with

Elusive Brawler  being moved to this same talent tier it can be a toss up for what you should pick given the opponents team comp. They both give movement speed needed to keep latched onto your dive target and can both keep you alive longer, however with a single Q-W-W combo from a full brew you can hit that 50 brew mark and rather easily get both effects from BB. This means that you would not have to worry about CD management with Elusive Brawler and would be able to help top yourself off when outside of a fight.

Wandering Keg
Even with the added benefits that

Storm, Earth, Fire  received it still does not help you out any more than a good Keg would. With the added displacement keg gets you can literally bunt the support all the way past their frontline tanks and keep the rest busy while your team nukes the poor sap. The same can not be accomplished with S,E,F and therefore Keg should still be your default pick unless you really like playing ping pong with a bunch of mini-chens.

A Touch of Honey
While

Ring of Fire  is unparalleled in its ability to help Chens waveclear and keep the pressure on when diving into the enemy, I believe that the overall support and benefit you get from the extra potent barrel will prove to win out overall. Not only will being able to eek out that extra bit of slowness help when trying to finish off anyone trying to escape, it will also enable you to get a couple extra AAs worth of healing in once you pick the level 16 talent which may make the difference incase the tables turn on you!

Combo Strikes
This is the talent that I believe linchpins the entire AA Chen build. Every 3rd strike dealing an extra 75% brings an insane amount of sustain to your dive, it gives you much more self sustain provided you took Eye of the Tiger and also stacks with that talent to bring the total AA damage to an extra 125% every three strikes! Not only that you also get a whopping 50% increase to your AA speed with each application of your brew, once again amping up your self sustain and sustained damage to a point where you can easily and efficiently take out nearly any target.

Purifying Brew
A free unstoppable every 7 seconds is a godsend when your trying to dive in and do some serious sustained damage and is the perfect cap off of talent choices for this build. However if the enemy team, for whatever reason, do not have enough CC for you to really worry about then

Energizing Brew  is an excellent choice to go with instead provided you are able to start predicting the fights ahead of time and activating the ability just before you have to launch yourself in.

Concluding Thoughts
I believe this to be one of Chens strongest builds given the circumstances that you don't get paired against a quote, "metric crap of blinds". The talents all have an awesome synergy with eachother and once Chen is able to hit level 16 he can seriously start to bring in the heat for his enemies, being able to shred even the beefiest of Stiches in a matter of seconds. Now that deserves a brew or two!