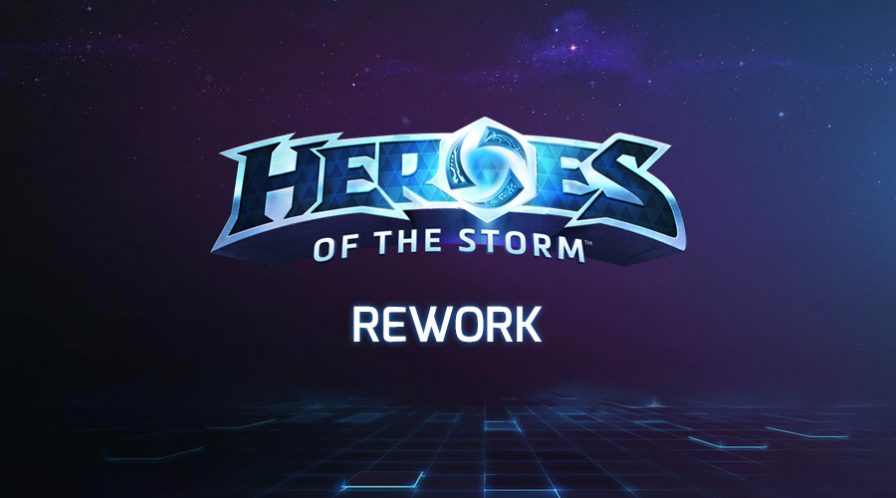 We’re reworking Junkrat and Whitemane to make them more dynamic and interesting to play. Here’s a preview of the changes you’ll see today when Whitemane’s judgment and Junkrat’s explosions hit the PTR!

The wildly destructive Jamison Fawkes (A.K.A. Junkrat) is one of the most popular Overwatch Heroes in the roster. While he is consistently represented in the meta, we feel like his talent diversity is less than ideal. This update is our opportunity to create more interactive and interesting talent and Heroic options while ensuring he remains the manic hyper-carry he’s always been. Our primary focus with these changes is to increase the power of his less popular build paths, remove unnecessary talents, and round out his other builds to be on par with Frag Launcher. Armed with some new toys, this deranged demolitionist is ready to rain havoc and bedlam on the battlefield!

At level 1, Blow ‘Em Up! grants Junkrat a 25% damage increase to basic attacks and basic abilities for 6 seconds after hitting an enemy Hero with Concussion Mine or Steel Trap.

With Dirty Trickster, Junkrat drops Total Mayhem (Trait) grenades when Stunned, Rooted, or damaged by a Hero while below 50% Health.

Level 20’s I Hate Waiting! offers Junkrat his Rocket Ride Mount with 150% increased Movement Speed and a higher cooldown in place of his standard Mount (Z)s.

Overall, we want to preserve Junkrat’s general gameplay identity while significantly increasing his talent choices and allowing for multiple build paths. We’ve focused on promoting a healthy balance of damage and carry capabilities for Junkrat while ensuring he’s not frustrating to play against. Junkrat’s new and reworked talents are more powerful as a whole, but to compensate for that increase, we’ve reduced the damage on his baseline Basic Attack and Frag Launcher. The changes we made to Steel Trap—by tuning and adjusting functionality on its associated talents—should make it a more attractive option. Finally, Rocket Ride’s marginal pick rate prompted us to up its steer speed and introduce a powerful level 20 upgrade.

Junkrat has always been strong in the areas of zone control, wave clear, and mobility. This remains true following this update, but Junkrat also has some new tricks up his sleeve to lock Heroes down and cause general explosive chaos. Be sure to draft Junkrat on maps that have high-impact objectives or small corridors, as that’s where he can truly shine. His Concussion Mine and Steel Trap are hugely effective when used to engage or as a follow up to his own or his allies’ abilities.

Sally Whitemane, High Inquisitor of the Scarlet Crusade, is not one to take prisoners. Playing her should always feel relentless, whether you’re supporting your allies, or smiting the enemies of the Light. To make sure that’s the case, we’ve submitted her abilities to an interrogation.

Whitemane’s Mana tension (the amount of Mana she has access to versus the amount she needs to spend to meaningfully impact a match) was the primary area we found needed some reevaluation. In our PTR patch available on 9/16, we’re reducing the baseline Mana costs of Whitemane’s abilities. Since she can now use more abilities before running out of Mana, we’ve lowered her damage output to keep her power from spiraling out of control.

We’ve pushed her playstyle toward more interactivity by giving her multiple new Zeal-stacking talents, which heal her allies when Whitemane damages enemy Heroes. She’s also picked up a powerful global heal, and a new Quest talent that lets her Searing Lash ability provide permanent buffs. With her ardor renewed, Sally Whitemane is ready to purge the wicked from the Nexus once and for all!

At level 20, Whitemane can activate Fanatical Power to cast a free and global Desperate Plea (Q) that grants a targeted ally permanent Zeal.

We’re hoping these changes will secure Whitemane a strong, healthy spot in the meta. After multiple rounds of feedback, tuning passes, and adjustments during our internal playtests, she’s sitting at a new level of power without having sacrificed her identity. That new power has been injected into her talent tree in the form of various Mana-return options, baseline Clemency, and a multitude of Basic Attack talents that reward players for having strong Zeal management. We hope you enjoy all the new synergies we’ve added to Whitemane’s talent tree!

While the playstyle you’re accustomed to with Whitemane’s hasn’t fundamentally changed, you should nonetheless keep an eye out for some new synergies she has with aggressive or dive Heroes at the later levels. For example, Fanatical Power targeted at an ally Illidan, Diablo, or Valla can turn fights around in seconds due to the safety of its global range. As her enemy, if Whitemane appears vulnerable or out of Mana, be wary of how you engage. You may find yourself falling victim to her kiting, disabling, and burst healing potential . . . no matter how much you protest!

Join us in the Nexus to see both Junkrat and Whitemane in action today, and share your thoughts about these changes on the General Discussion forums!