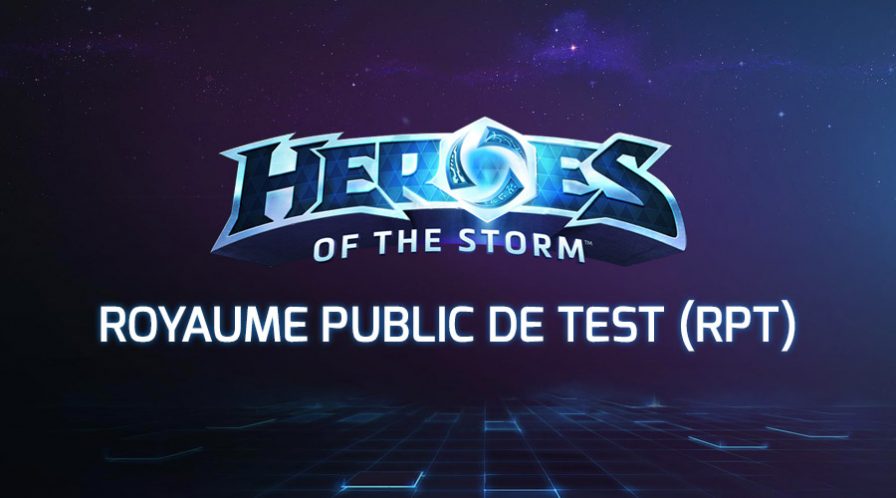 Our next Heroes of the Storm patch has just hit the Public Test Realm and will be available for playtesting until the week of September 7, PDT. As always, if you encounter any bugs during your PTR play sessions, please stop by the PTR Bug Report forum to let us know about your experiences.

Developer Comment: Our goal for the Gladiator’s Medallion is to give players more opportunities to commit to aggressive plays and relieve some of the helplessness felt when players get stuck in long CC chains.

Seasonal Quest Line win requirements have been reduced in Season 4.

Developer Comment: Upon reviewing the time commitment required on average for players to obtain seasonal quest rewards, we’ve made the decision to lower the requirements from 50 games to 35 games. We believe the lowering of this requirement should help Storm League to be more approachable to a larger portion of players, as they will not have to devote as much time each season to obtain their rewards.

Developer Comment: At long last, our favorite Pro Gamer is back and ready to pwn teh n00bs! With D.Va’s rework we’ve given her tons of new tools and redistributed her power to help her fill more of a traditional bruiser role while still retaining a lot of her “supporty” essence. This new talent tree should allow her to flex to fill gaps in your team comp or to be her old aggro self. Her old Heroic option, Big Shot, is now baseline and has been replaced with Micro Missiles, giving her Mech some reach and soft CC that she didn’t have before.

Developer Comment: Our resident one man wrecking crew is receiving a fairly large revamp, designed to fully embrace him as a formidable Bruiser, acting as a front-line member of his team who specializes in disruption and zone control. He now sports a new resource system with Scrap, as well as some design changes to both Deth Lazor and Xplodium Charge, which should make them more consistently useful throughout the course of the game. We had a blast tinkering with our favorite Goblin, and hope you also enjoy what we’ve done with him!

Developer Comment: Alarak has fallen off a bit due to a few rounds of nerfs that have happened to him over time. We’re giving him back some power via his general survivability as well the initial damage bonus that Negatively Charged gives when taking the talent.

Developer Comment: Surge of Light continues to dominate Cassia’s Level 7 talents, and has become a prime reason to take the hero. In addition to reducing its damage slightly further, we’re also reducing its frequency by increasing how much damage she is required to take before she is able to use the ability.

Developer Comment: Our goal with Chromie’s recent changes was to present a viable alternative to Once Again the First Time, which we succeeded at a little too well. Chromie’s W build is overall too powerful, so we’re toning down its related talents to be more appropriate.

Developer Comment: After a slew of buffs over the years we finally crossed the threshold of making Ruby not only competitive, but too powerful of a pick. We’re reverting our last buff to the talent that pushed it over the edge so that the tier is overall in a healthier place.

Developer Comment: Overall E.T.C.’s talents are in a much healthier place after our last round of changes to them, but Encore stood out as being a little bit too powerful, so we’re reducing its cooldown reduction to be more in line.

Developer Comment: While Imperius is a great addition to any team and is within our bounds of overall performance, Flash of Anger is dominating its tier and has become too much of his power pie.

Developer Comment: Our last round of buffs have done a lot to bring Orphea into the meta. A few of her talents are simply too powerful compared to their alternatives, so we’re toning them down as well as trying to incentivize players to try building around her Dread ability by making its key quest easier to complete.

Developer Comment: Our previous buff to Slam did well for Stitches, but we don’t believe it was enough to give him the distinction of being a uniquely powerful wave clearing Warrior. We’re buffing it a bit further so that he is more able to fill this role.

Developer Comment: While not dominating in regards to his win rate, Tassadar is performing a little too well for how popular he is. Both Static Charge and Archon are dominating their talent tiers, so rather than nerfing Tassadar’s base kit, we’re reducing the power of these two talents in hopes of creating more competitive talent tiers while also slightly reducing his overall impact.

Developer Comment: Dauntless is still overperforming compared to its other options, so we’re slightly nerfing its power.