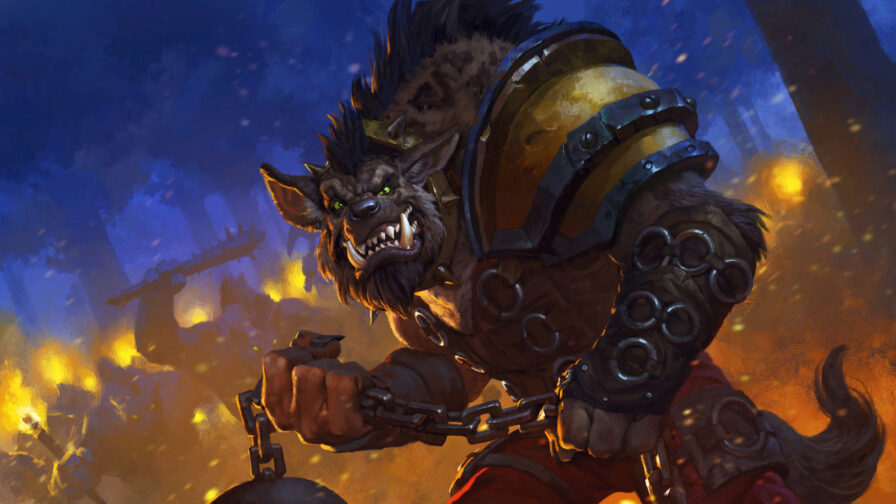 Our next Heroes of the Storm patch is live and brings a new Hero Hogger! Read on for more information.

Hogger, a chaotic, mobile, bruiser who creates terrain and deals heavy area damage, now joins the battle in the Nexus!

We’ve decided to remove our last Seasonal Nexus Anomaly, the Gladiator’s Medallion. While there were many things that we both did and did not like with this experimental change, it wasn’t a clear enough win for us to keep it going forward.

We liked how the Medallion gave players some agency over countering CC chains, and how it added a new vector of skill expression that was universally available to everyone who played the game, no matter which hero or role they played as.

However, over time, we felt that, as a whole, the Medallion took away from cool plays more than it added them to the game. Setting up combos with teammates is a large part of what makes Heroes of the Storm exciting to both play and watch, and having 5 possible instances every 5 minutes of these plays not working anymore was taking away a bit too much from the game. We had tried some other iterations of the Medallion internally to solve this exact problem, such as only having it available once per game for each player, but found that lowering the frequency too much led to Medallions only being used during the last fight, which ended up not hitting the mark for a new feature that should made the game better as a whole.

Despite the issues we have with the Medallion, we believe the idea still has some promise, so you may see some more experimentation in the future. We also wanted to remind you that we will not be doing seasonal Nexus Anomalies going forward. We will, however, continue to iterate and pursue other ways to improve Heroes of the Storm, and will release those updates when we feel they are ready. As always, thank you so much for playing this game that we all love.

Developer Comment: While we know that this isn’t a ‘silver bullet’ fix for all types of account smurfing, it should help make trying to climb the leaderboard feel more fair for both parties and individuals.

Developer Comment: Hyper Shift is dominating Brightwing’s Level 1 talent choices, and she has recently risen greatly in prominence, in part due to its power. We don’t believe she is greatly overperforming at this time, so we’re giving it a slight nerf and will be keeping an eye on her to see if any future adjustments are needed.

Developer Comment: Imperius is still a dominating pick, particularly at the higher ranks of play. We’re slighting reducing his overall power while also buffing his Blaze of Glory to help it compete better on his Level 7 tier.

Developer Comment: We’ve heard fairly consistent feedback that players would like Icefury Wand to give a benefit to non-Heroic targets. We like the idea, so we are giving some of its power as a bonus against all targets.

Developer Comment: We’re buffing some of Sonya’s under-used talents to help them compete with her more standard builds. Many of her [W] talents in particular, have been slightly underperforming for some time, so we’re hoping these buffs cause players to give the build another look.

Developer Comment: It’s been quite some time since we’ve had any updates to Thrall. Truth be told, his talents have been in a fairly healthy place, so we didn’t see the need to make adjustments. Even so, we believe these changes will make his talent tiers more healthy, and should incentivize some alternative ways to play him.